skip to main | skip to sidebar

Oh my goodness, where do I begin?  Yes, I did indeed fall off the face of the earth for a while, but behold, we are back with lots and lots to say.

Maddie is growing into a wonderful teenager, full of live and vitality.  Diabetes cannot stop her!  She got through the tween and very early teen  years and we all survived....barely. :)  She is now approaching 15 and is a freshman in high school.  WHAT?!?  Yes, she will be driving in the near distant future.  Why can't we just stop time and keep them little?!?

Something that has become a big deal around our house is running.  Maddie knows that in order to stay healthy as she gets older, she has to exercise and eat well.  She has become a member of the varsity cross country team at her school.  She just competed in her first meet the other day, and might I say that she did exceptionally well for a 14 year old newcomer to the team and WITH DIABETES.  She checks her blood sugar and makes sure that she has glucose tablets within grabbing distance, just in case she gets low.  Her school nurse, athletic trainer and coach are on top of it with making sure she is okay to run each day/practice/meet.  She stays hydrated and makes sure that she is ready to go by the end of the school day.  I am so immensely proud of her.

One little accomplishment at a time is very satisfying when you are trying to train someone to be responsible for their own health.  I still have to remind her to check and correct after meals and a LOT on the weekends, but she is showing her true independence by taking care of herself and her diabetes while running a 5k every single day.  I'd say that deserves a little pat on the back.
Posted by MomOfType1 at 8:40 PM No comments:

Merry Christmas to all of my blogger friends! I hope everyone's Christmas was filled with lots of love, laughter, and great times spent with family and friends. And I hope you all ate lots of goodies and corrected with lots of insulin~
;)


- Posted using BlogPress from my iPhone

Posted by MomOfType1 at 3:15 PM No comments:

Interesting... I wish we had seen this before Thanksgiving. Potatoes ALWAYS mess up Maddie's blood sugar.

Posted using BlogPress from my iPhone


- Posted using BlogPress from my iPhone
Posted by MomOfType1 at 5:16 PM 1 comment:

I am not a good test-taker.  Unfortunately, I've passed this wonderful trait onto Maddie.  Last year was her first year back in school after being home schooled for 2 years.  It was 5th grade, so it wasn't very difficult for her to pass her EOGs.

This year, she was in a school that is JUST the 6th grade.  The teachers are wonderful, she was well taken care of, and the school year has been a great one for her.  I am confidant that she will do well on her tests this year.

But I'm wondering as the school years get harder and harder, if she'll have problems with her blood sugar before a test being elevated, therefor influencing her test results.  Whenever she is preparing for a trip or an important event, she gets crazy from anxiety and anticipation (who doesn't) and her sugars sky rocket.  Never fails.  I know there are things I can do as a mom to make it easier on her, such as getting permission to take the test in a manner that is more suitable for someone who's state is altered by anxiety/anticipation.  Aren't there laws about that? That's a good question for our Endo.

The problem is that Maddie gets embarrassed easily, and the biggest deal is being embarrassed about something that has to do with her blood sugar, insulin, pump, etc.  Being embarrassed ALSO makes her blood sugar sky rocket.  I'm not sure if it would be better to take her out of the classroom, or leave her in.  I'm not sure which scenario would be better in her mind.  So, really, there's no way to win in this situation. I'm curious as to what other moms do in these situations.  How do you handle tests, and times when blood sugar will be a factor in your child's performance for something so important as an end of grade test?

I guess it's a good thing for Maddie that I haven't had to worry about this up until this point in time.  But I guess it's a bad thing that I don't know the answers to these questions....

The Art of Forgetfulness


Maddie is a talented girl.  I am often amazed at the things that she knows, and is capable of doing, and doing well, at the age of 12. Among other things, she is smart, witty, and super funny. She has a hint of sarcasm, but fortunately, she only uses it in humorous situations.  Oh, and most importantly, she has an impeccable memory....when it has to do with ANYTHING besides her diabetes.  With that, she is struck with an early onset severe memory disorder.

"Did you check your blood sugar before lunch?"

"Did you correct for your spaghetti like I asked you to?"

"Don't forget to correct for that snack!"

"Your blood sugar is a little too high right now.  Save that candy for when it comes down."

I thought this kind of memory loss is supposed to be saved for women after they've had children.  I understand that she hates that she has to always deal with this stupid diabetes, but I would think that it would be automatic by this point.

It's weird--she can't remember anything that has to do with diabetes and carbs and insulin, but she doesn't seem to forget where her iPod is, or how much chore money she's owed, or that last Friday I told her I would get her favorite snack at the grocery store next time I went, or that I told her she could occasionally stay up until 11pm on some school nights (whaaaat?!?) or that 5 weeks ago, I promised her that I'd take her to Aeropostale at 2:30pm next Saturday (really?).....
Posted by MomOfType1 at 9:50 AM 2 comments:

Maddie drew this when she was 5 years old, on the day she was diagnosed, while we were getting our first 12 hour crash course in diabetes. It's still hanging in the endocrinologist's office 7 years later.

Posted by MomOfType1 at 1:08 AM No comments: 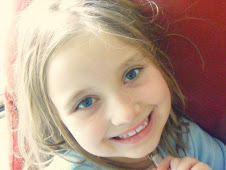 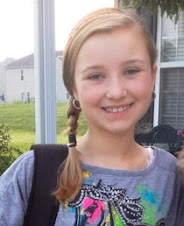 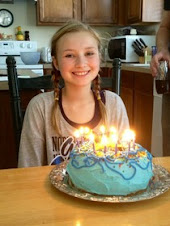 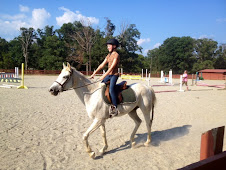 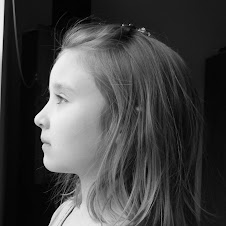 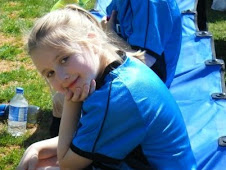 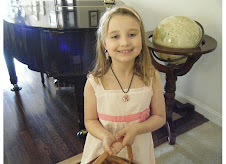 MomOfType1
I am a mom of 3 sweet kids. I have 2 boys and a daughter, Maddie, who happens to have Type 1 Diabetes. I also have a sweet husband who works hard to help me raise our kids. I spend all of my time taking care of and loving my family. That's all there is to know about me!